In the early years of my meal planning endeavors I came across an unique idea.  I thought up the idea of making "Right-overs" instead of "Left-overs".  The case scenario was that every Sunday night when I tried to give my children dinner they always complained that it was "left-overs" and they were tired of looking at the same chicken that they ate all weekend.  So instead I decided to make new and different recipe on the same night that I did all my cooking (Thursday night) but instead I took out separate aluminum tin or a casserole dish and put chicken in it but I changed the recipe, sauce, or ingredients.  For example, while I was making Lemon chicken and rice, I also prepared BBQ chicken in the extra pan and cooked it at the same time but I didn't serve it Friday night or Saturday.  So when I brought it to the table on Sunday night after a day in the park or an outing, the kids would say "When or where did you make that?"   They got so excited that it wasn't warmed up two or three extra times and it didn't look old.   I just smiled at how "organized" I was and said "Surprise"  Enjoy.  So Sunday night dinners were painless, it felt like we were eating out and I didn't have to cook.  It was better then taking something out of the freezer and it was exciting to see the smiles on their faces.  So next time you are preparing a weekend or shabbos meal, think of Right-overs.  They are not "Left-overs" and they will never be any left over.
P.S.  You can freeze your real left-overs into a small  containers for "emergency meals" when someone is sick and needy.
Posted by Esther Simon, MSW The Traditional Home Organizer at 8:26 PM

Featured in: Chicken Soup for the Soul

Lay out your clothes the night before. This will eliminate wasted time in the morning. 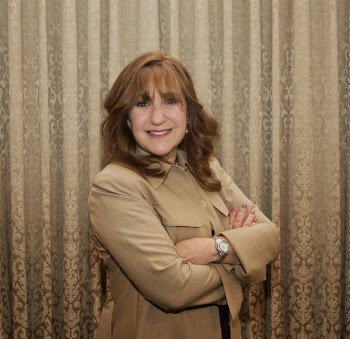 Organizing for the Creative Person

Getting the Family to Work as a Team

Helping the Student in the Classroom

Making Time for Yourself